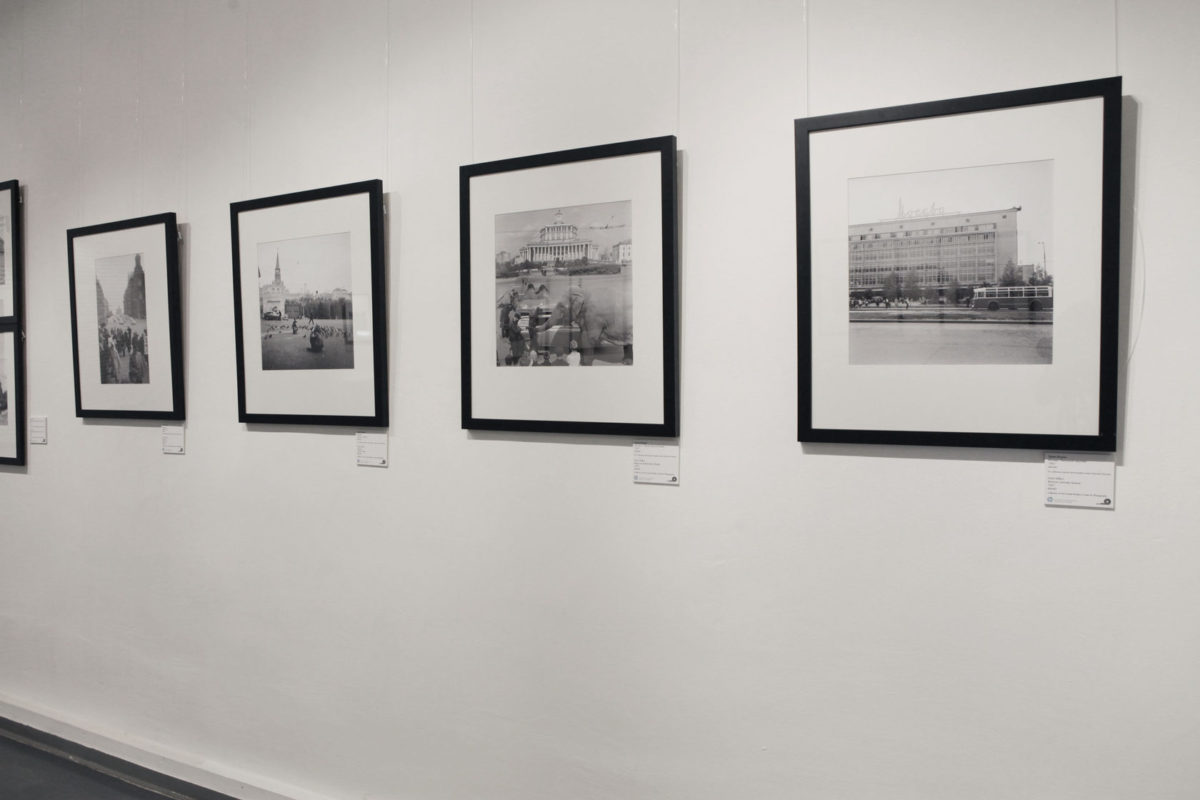 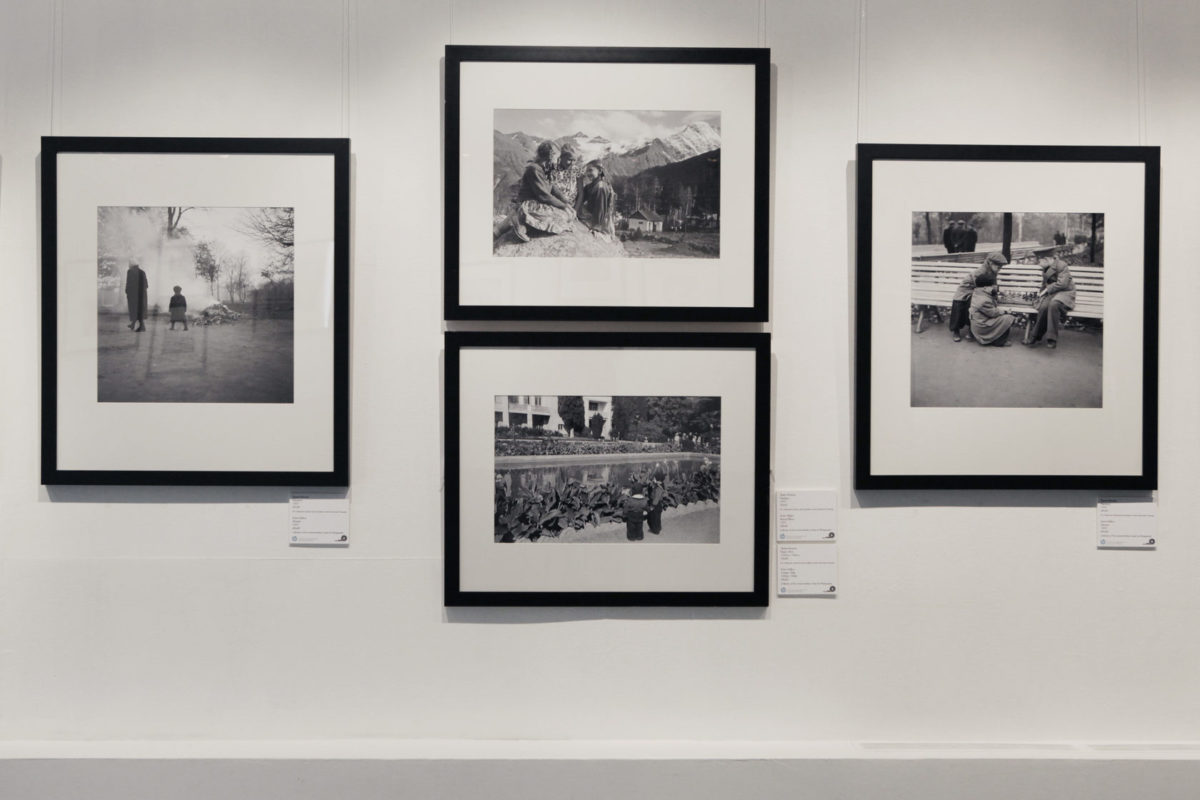 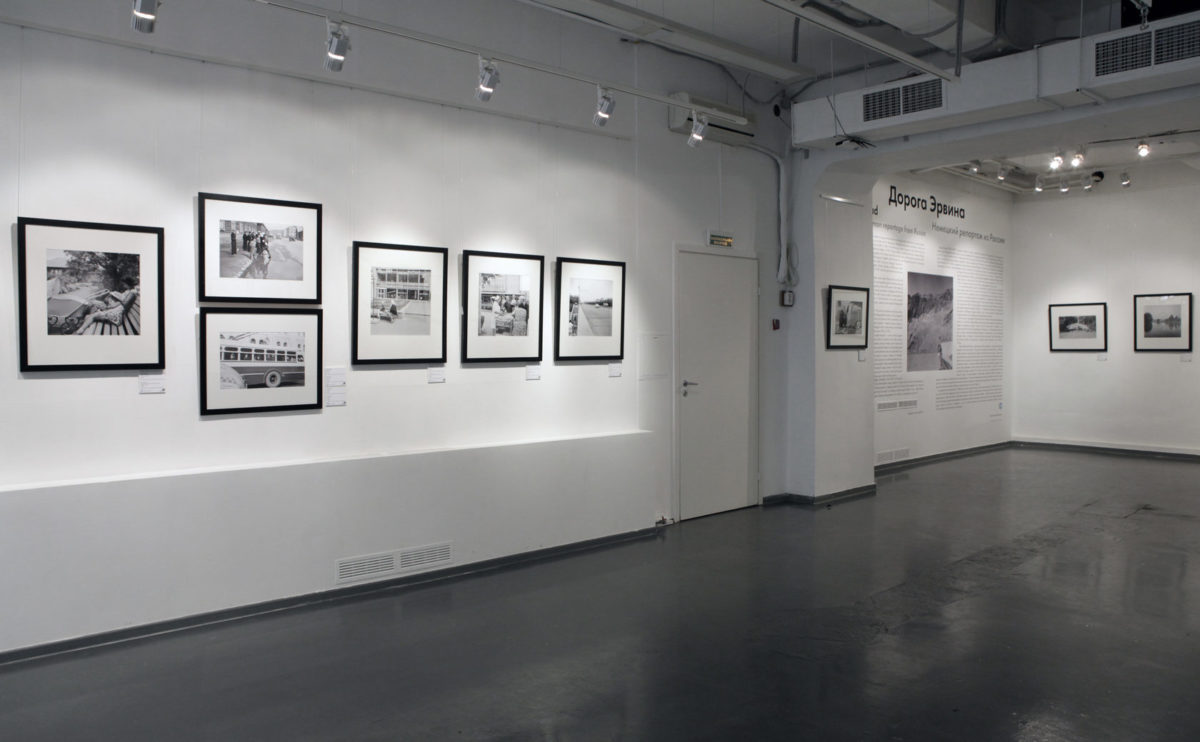 The Lumiere discovers a new name in photography and presents the solo-exhibition of the intriguing Russian-German photographer Erwin Volkov Erwin’s Road. The exhibition features over sixty black-and-white photographs of the 1950s – 1960s from the newly-discovered archive.

Erwin Volkov (1920–2003) is a person of remarkable background and talent. He is the son of the World War I German captive and a Russian Petersburger Nadezhda Volkova. Sharing the same fate as his father’s, Erwin was taken prisoner by the Soviet army in the South of the USSR in 1942. The following six years he spent in the Soviet Union and afterwards was sent to East Germany to work in the media. In 1957 a keen traveller, journalist, author of a number of books about Moscow and Leningrad and talented photographer Erwin Volkov sets off on a half-a-year grand journey around the USSR, commissioned by the East German newspaper Wochenpost.

While on the trip he sends off weekly reports about remote parts of the country and together with his team they drive through Murmansk, Krasnoyarsk Krai, Irkutsk Oblast, Far East, along the Volga river, North Caucasus, Georgia, Azerbaijan, Abkhazia, Black sea coast from Adler to Novorossiysk, Crimea, Ukraine, including the biosphere reserve Askania-Nova, Belorussia. After the first trip Erwin returns repeatedly in 1961, 1965, 1967 and discovers new places and new roads on the country’s map.

His ten-year journey turns into a literary and photo essay about Russia (this was the only way he called the USSR), a kind of road-movie in the photographic genre. Road becomes not only the main venue, but rather the key state, the guiding motive of his oeuvre, that makes his photo-narrative akin to the aesthetics of the iconic road-movie. Following typical road-movie heroes, Erwin, driving his Wartburg car, is to face unexpected adventures, watershed encounters and new fellow travellers. One of them was Moscow photo reporter of the Ogoniok magazine Yuri Krivonosov, whom he met after the Northern part of the journey. This encounter marked the beginning of their life-long friendship and made it possible to reveal the archive of the previously unknown and original photographer Erwin Volkov. “All his life is in this archive” (Erwin’s late wife).

This is what Yuri Krivonosov says about his friend: “He was not a professional photographer, but he had an especially sharp eye for unusual and intriguing life situations. His photographs could seem to be not quite “correct” in terms of the form, but in terms of their content they could compete with those, shot by the most famous photo reporters“. Indeed, Moscow and Russia, as seen by Volkov, may “compete” with Moscow as seen by the foreigner Henri Cartier-Bresson and William Klein, who captured the capital in the same 1950s and 1960s. The stylistics of Erwin Volkov’s photographs – either consciously or subconsciously – is akin to the European street-photography tradition with its ease and free choice of subjects and artistic means.

Tirelessly shooting everything around him, Erwin captures unusual not quite soviet subjects and people’s types. Here are charming European-like faces, beautiful ladies in fashionable glasses and evidently foreign dresses. Customary situations and landmark events are interpreted by the Russian German in an unusual way. How can one imagine such seminal event in country’s history as triumphal welcome of the first cosmonaut Yuri Gagarin in the Red Square, that was probably covered by all soviet photo reporters of the time, to be photographed the way Erwin did it? There is neither the main hero, nor the soviet people’s faces inspired by the “space victory”, nor even a suggestion of the solemnity of the event. Instead there is only the wall of people’s backs vanishing in the perspective; naked spring tree branches, framing the square shot of the Red Square, and Kremlin’s Nikolskaya Tower spire with birds flying apart.

As for the content, Erwin’s photo report seeks bigger profundity, than that of his grand colleagues. His photographs are devoid of political bias, denunciatory mood, explicit or implicit irony, caricature interpretation of the soviet way of life. Erwin’s attitude to Russia and Russian person is deeply personal. He managed to shoot non-native country and its people “from the inside” as if being native Russian himself. The story of the Russian-German photographer “about Russia with love” – this is what makes Erwin Volkov’s photo-narration so appealing and special.