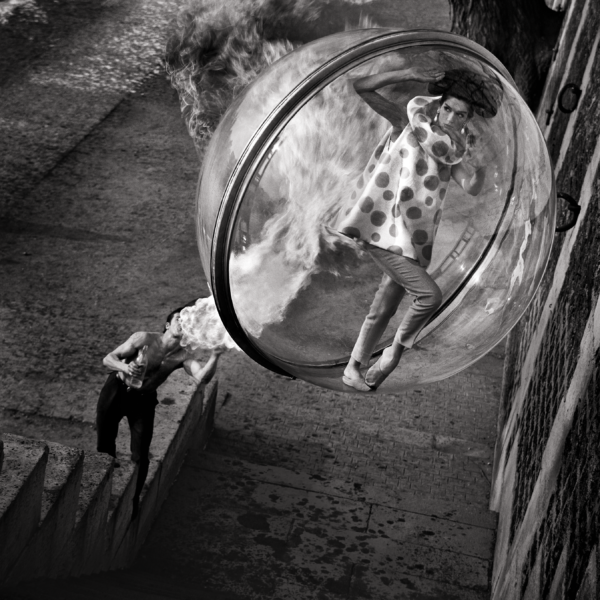 Here it is with the quotes that Melvin himself added.

The iconic Bubbles series brought worldwide fame to the then 30-year-old Sokolsky. Back in 1963, the young Melvin Sokolsky created an unprecedented series of photographs with models hovering over the streets of Paris in giant transparent spheres. Inspired by Hieronymus Bosch’s Garden of Earthly Delights, Sokolsky’s series combines surrealism with the world of haute couture, and also street photography in the fashion industry, which was becoming increasingly popular at the time. The main image of the series, Bubble on the Seine, 1963 captured the French model Simone D’Aillencourt in a haute couture suit frozen within a Plexiglass sphere over the smooth Seine. It was this photograph that became one of the most influential and iconic fashion images to go down in history. “The art director of Harper’s Bazaar, Henry Wolf, gave me complete conceptual freedom at the time. He was only interested in my personal, artistic vision. The main thing was for people to look at my work and say – that’s a Sokolsky,” he recalls.