Time of Illusions
Russian photography of the mid-1950s–late 1960s 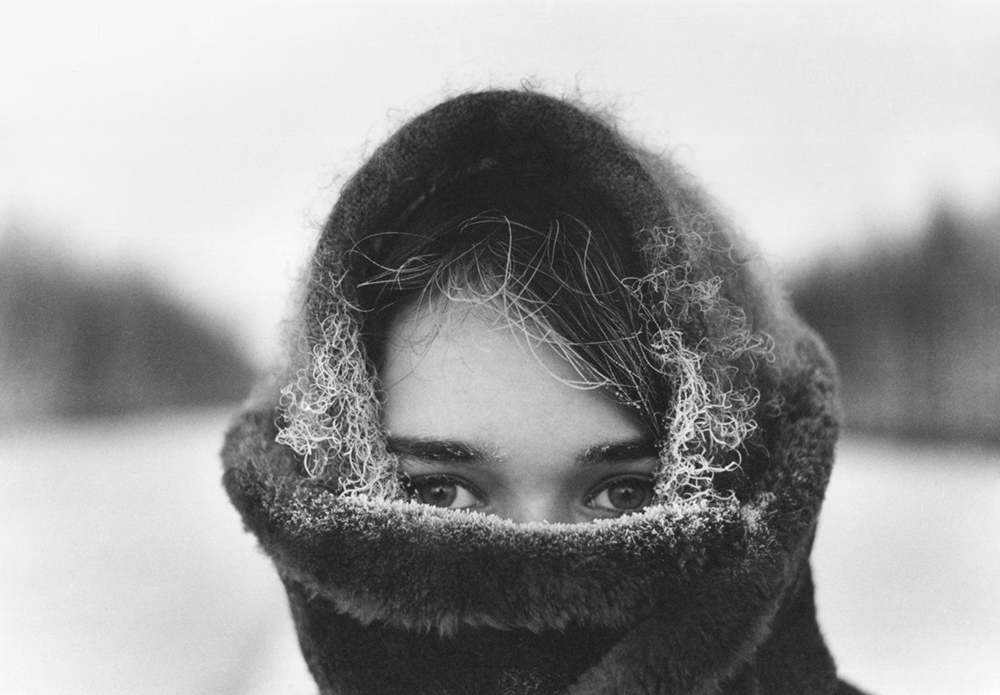 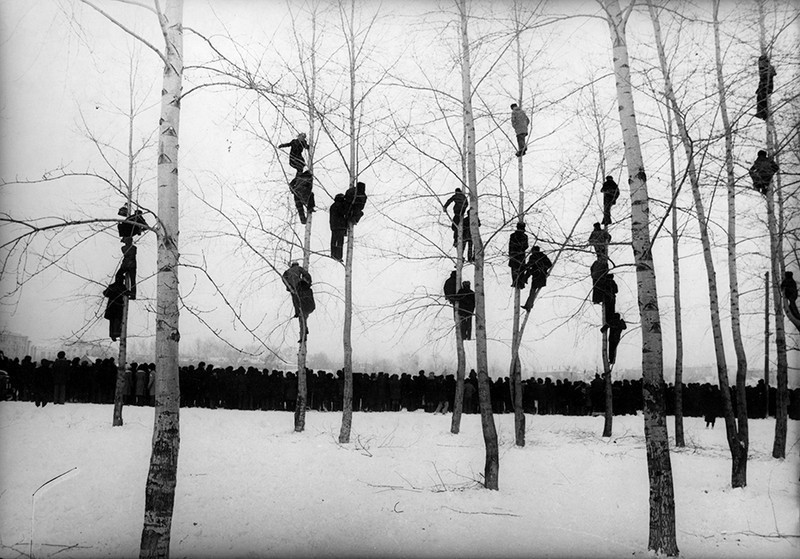 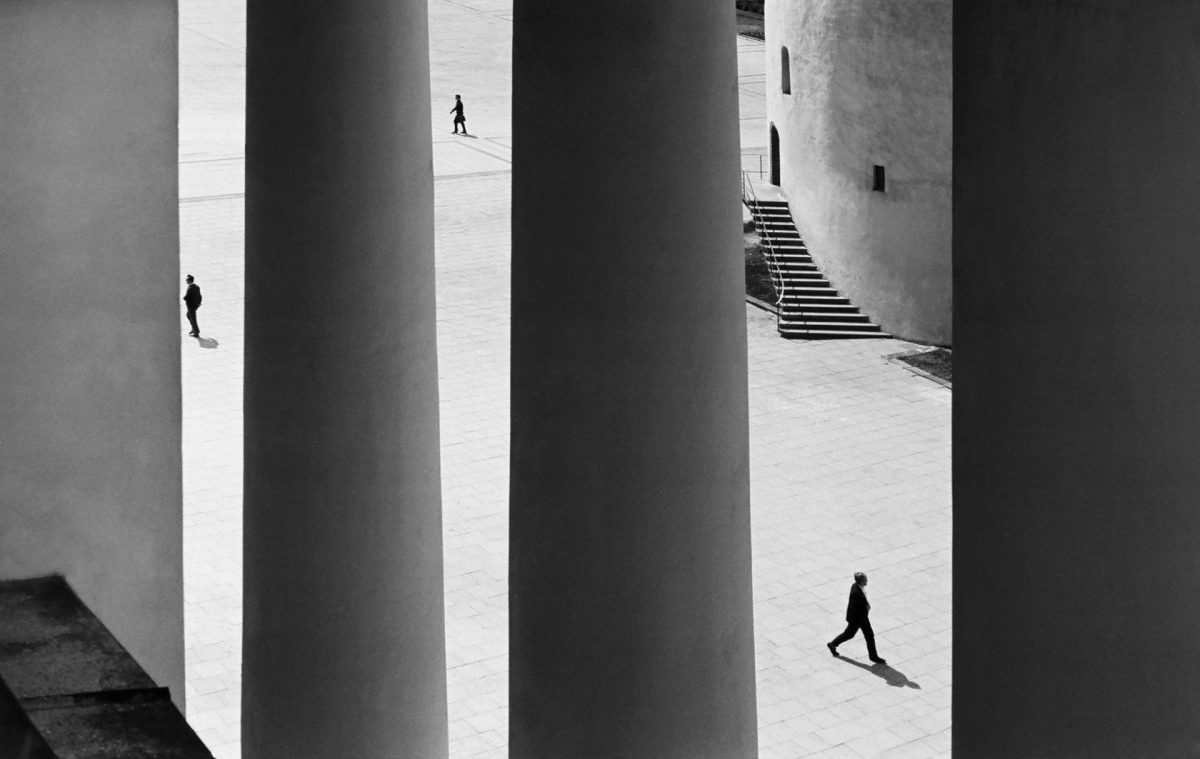 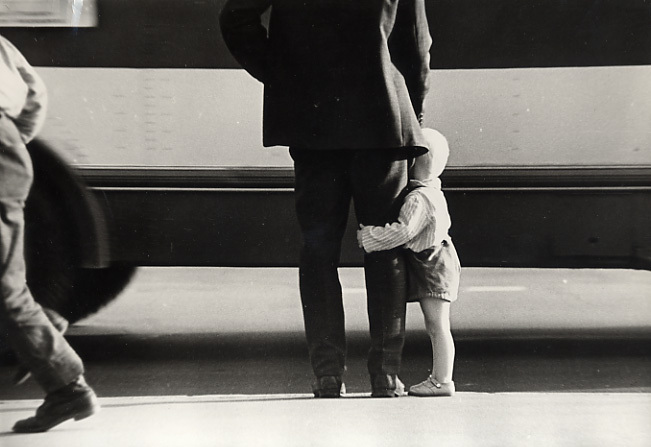 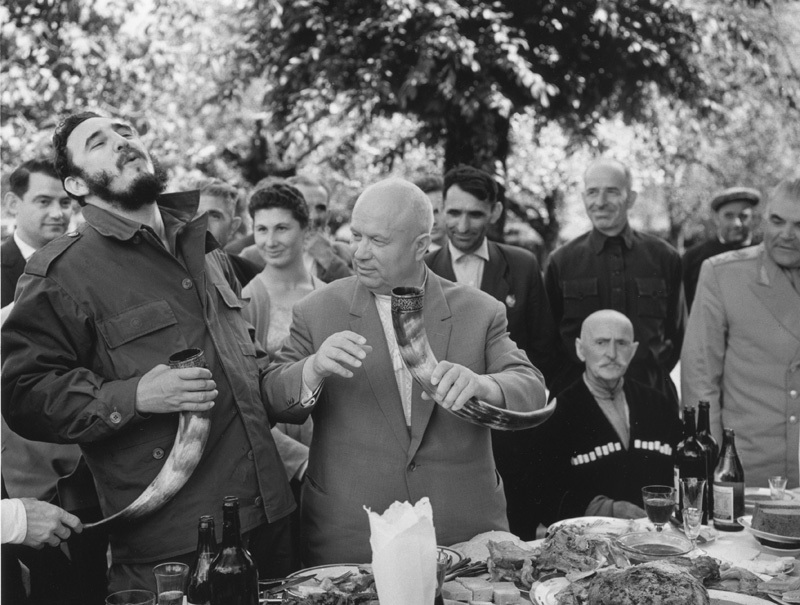 Featuring over 150 prints by 50 photographers, TIME OF ILLUSIONS presents a comprehensive retrospective look at the explosive development of Russian photography that occurred during the period traditionally known as the Thaw. The exhibition spans the photographs from the mid-1950s, to be precise Stalin’s death in 1953, until the late 1960s, when the illusions of the possibility to build “socialism with human face” were shattered by the Soviet invasion of Czechoslovakia in 1968.

Until the mid-1950s Russian photography was dominated by an orchestrated style that communicated communist ideals. Relatively liberal reforms, launched by Nikita Khruschev, spurred the renewal of the medium. Photographers turned from fabricated benign views of society to documentary practices but, being employed by state-owned news agencies, they were still forced to work within ideological constraints.

Photojournalism
Produced for the leading news agencies and editorials such as Telegraph Agency of the Soviet Union (TASS), Soviet Union, Ogonyok works from this section present news photography covering key events in the history of the USSR such as Yuri Gagarin’s journey into outer space and the Festival of Youth and Students of 1957; reportages focused on the achievements of Soviet industry, science, sports, and arts; and documentaries shot during trips to remote corners of the country.

Photo Clubs
In the late 1950s, concomitant with the rise of photojournalism, amateur photo-clubs sprang up all over the USSR drawing together local young amateurs and propagating artistic approaches to photography. In parallel with the expansion of “straight” photography among photojournalists, amateurs turned from salon portrait, pictorial landscape and staging toward real life vitality. Viborgsky club in St. Petersburg and Novator were at the forefront of the club movement. One of the leading clubs, Novator (Moscow), enlisted the luminaries of Soviet photography such as Boris Ignatovich and Alexander Grinberg, who introduced newcomers to the aesthetics of Pictorialism and Avantgarde movements. The most talented amateurs – creative duo Nina Sviridova and Dmitry Vozdvizhensky, Vladimr Bogdanov, Yuri Lunkov to name a few – became professionals bringing their creative approaches to photography to editorials.

Street Photography
Influenced by the feeling of freedom and the access to European approach to photography, professionals as well as amateurs found their inspiration on the street with its inexhaustible flaw of events, people and landscapes. Taken mostly in passing these photographs capture the atmosphere of Soviet life during the 1960s and 1970s. Street photography with its vitality became a clear sign of the loosening of censorship compared with some earlier years when one would need a press badge and a special permission to take photographs on the streets.

Formal Experiments
Both reporters and amateurs sought new tools – unconventional standpoints, blur, rhythmical patterns – to convey the feeling of freedom that was in the air during the Thaw time. Influenced by early-20th-century Avant-garde artists, some photographers, like Alexander Abaza and Lev Borodulin, were inclined to formal experiments, graphic style with its sharp contrasts, rhythm and bold silhouettes. Striving to find their own voice in photography, reporters from editorials and amateurs started experimenting with composition, unexpected vintage points, and darkroom techniques. The photographers also changed their subjects, switching from official ceremonies to private life of common people. With their technical perfection, deep-rooted traditions and constant search for unconventional forms and techniques, they paved the way for a new generation of photographers.

Lithuanian School
Antanas Sutkus, Aleksandras Macijauskas and Vitalijus Butyrinas epitomize the Lithuanian school that appeared in the 1960s on the Western border of the USSR and gained recognition for its expressive visual language and innovative approaches to photography. The artists share interest in Lithuania and its people, with each of them focusing on specific themes. In his lifelong project People of Lithuania Antanas Sutkus brings viewers in contact with Lithuanian archetypes. For Sutkus, photography is a means of communicating with people. He establishes an intimacy with his subjects in order to capture their personalities. Throughout his career Aleksandras Macijauskas has been photographing various aspects of daily life in small Lithuanian towns: village markets, funerals, veterinary clinics are among his favorite subjects. He uses close-up views, unexpected vintage points, wide-angle lens to turn daily events into dramatic scenes and involve the viewer into the action.

Drawing together social documentary and artistic photography, editorial images and personal work, the exhibition aims to encompass the full scope of photography from the period examined, revealing interrelationship of the aesthetic movements and cross-fertilizing influence of the professional and amateur work.