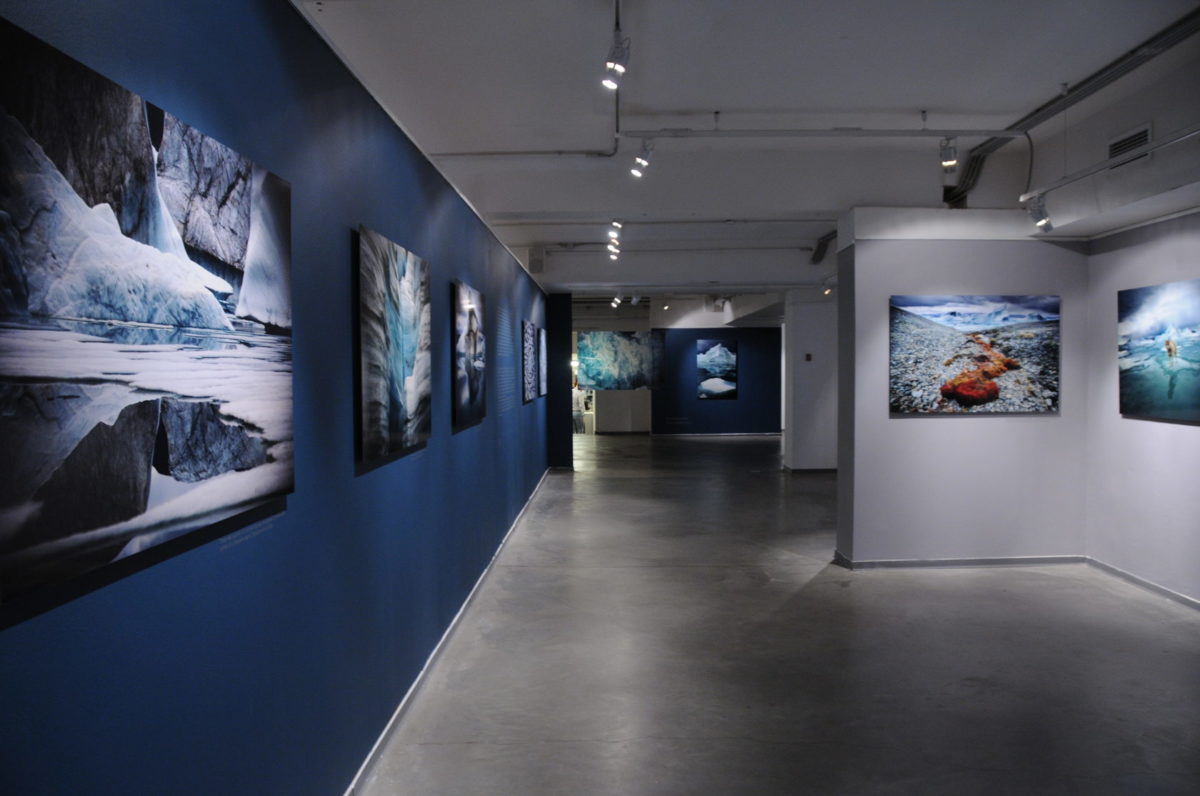 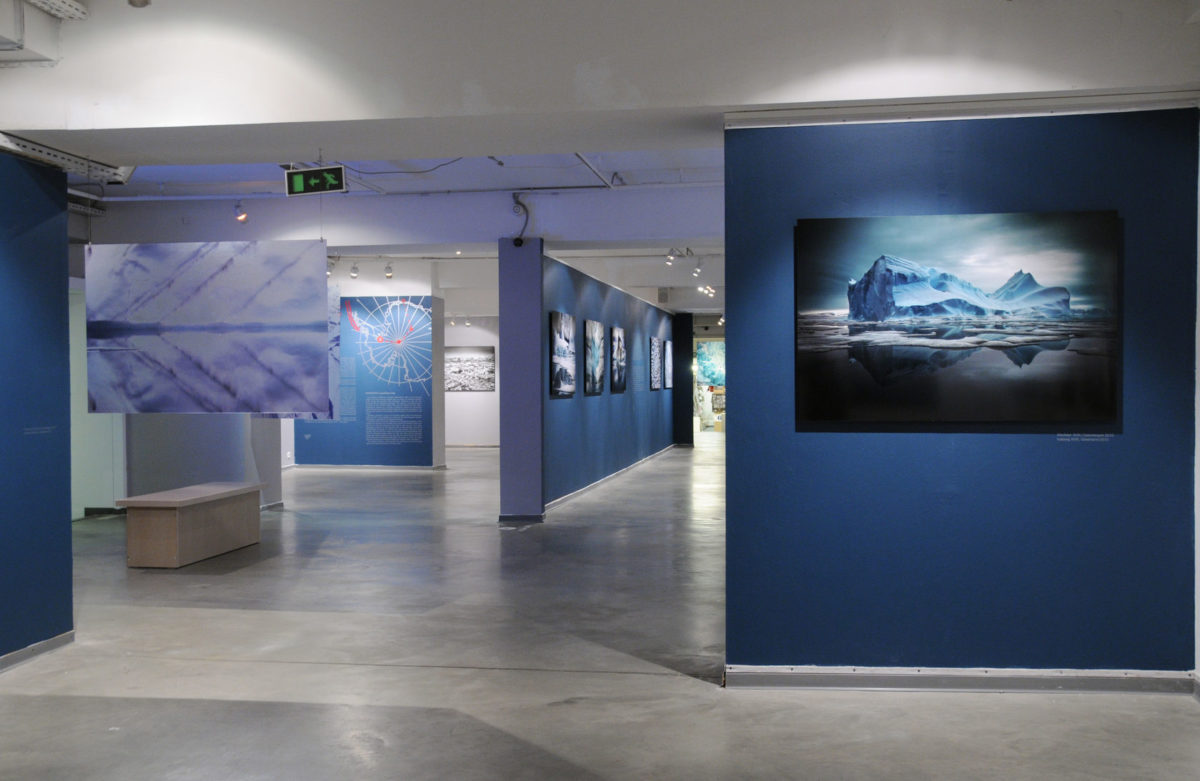 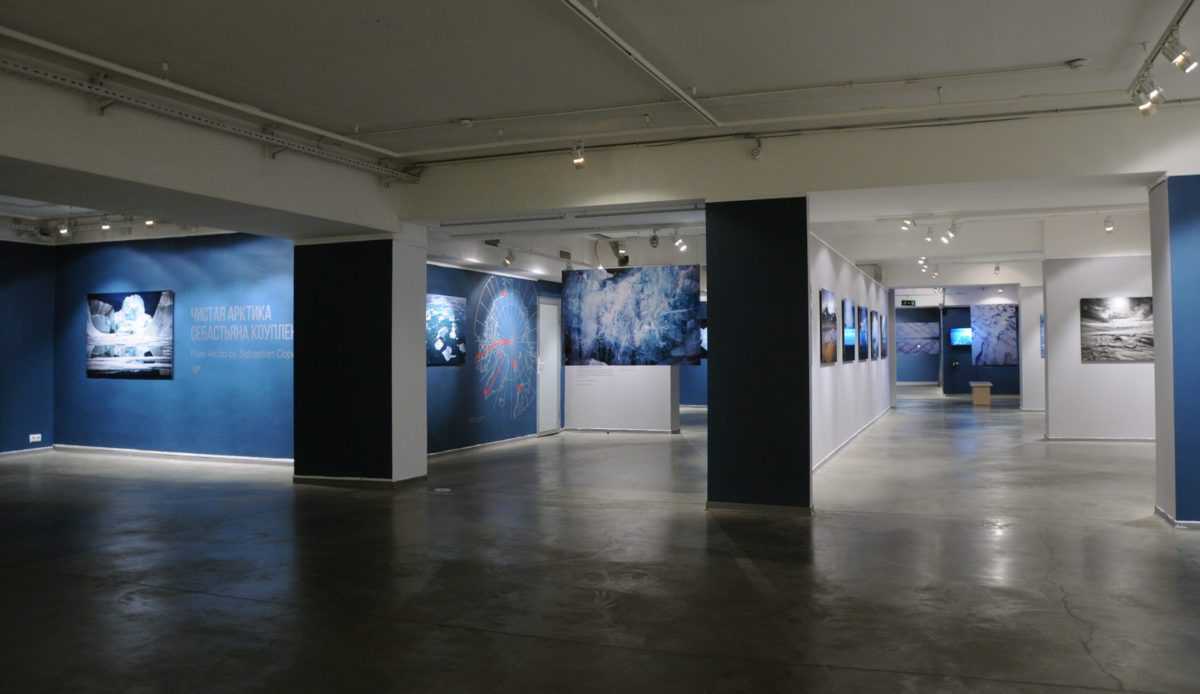 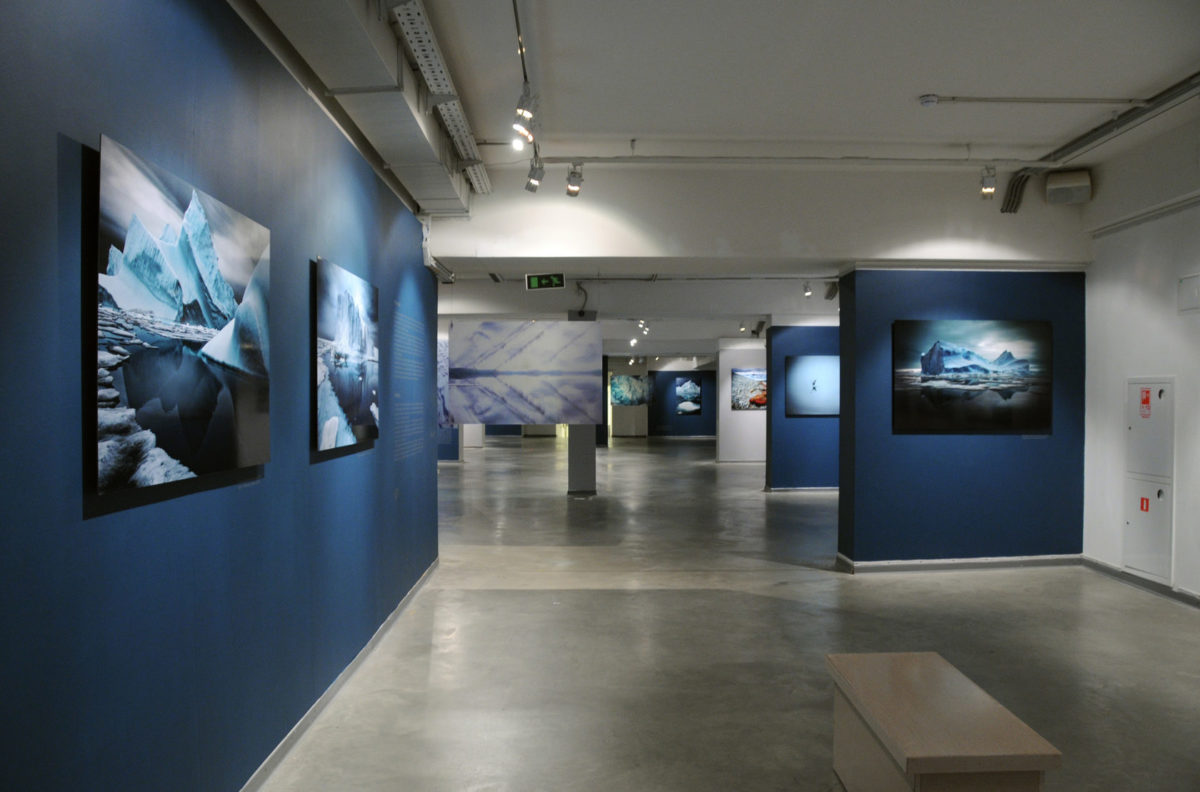 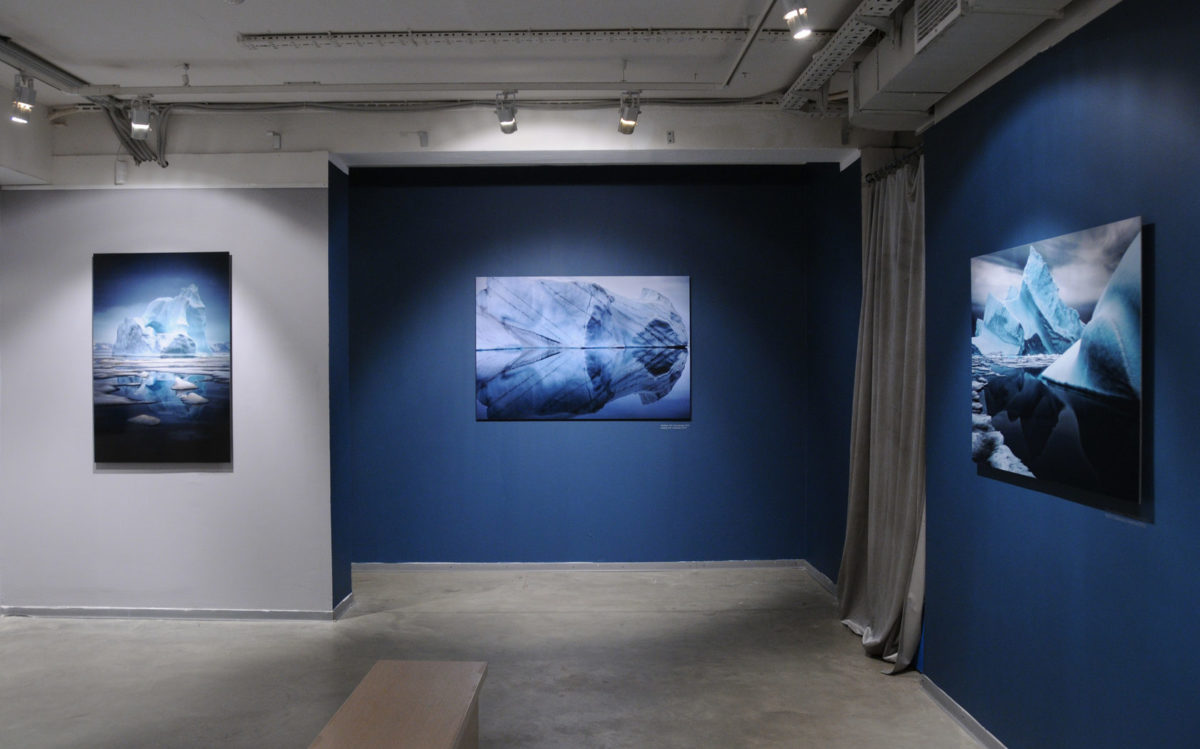 As part of the 2017 Year of Ecology in Russia, The Lumiere Gallery presents the first Russian exhibition of the famous photographer, polar explorer and environmental activist Sebastian Copeland. The exhibition, one of Copeland’s most comprehensive retrospectives, features around fifty large-format photographs taken over the last ten years during expeditions to the Polar Regions of Norway, Canada, the USA, Greenland, across the Arctic Ocean and the Antarctic Peninsula.

Ever since photography began, it has served as a tool for spreading knowledge about the world. Before the arrival of transport and means of communication, it allowed people to see the most remote places on Earth. Surprising as it may seem, even today photographers often assume the role of visual pioneers, not only by discovering the world, but also by addressing topical issues. The exhibition at the Center for Photography traces Copeland’s journeys to both the North and South Poles, focusing on the photographer’s most extensive Arctic series, towhich he dedicated over 10 yearsof travelling. Copeland’s grandiose icy “canvases”, distant and poetic, arean extraordinaryexample of polar photography.

“As with landscape photography, the Arctic’s visual payoff is commensurate with the time invested there. For visitors like me seeking immersive experiences, the ice can be especially rewarding when everything lines up. The dominance of water, in either frozen or liquid form, and the sun’s low angle makes for a limited color spectrum; while the stripped down landscape imposes focus. Visually, clouds and ice are kindred spirits: heavy skies and low contrast extract the best of the blues, and ice will acquire an iridescence that is unique to polar photography,” said Copeland, describing the particular conditions of shooting in the Arctic.

Aside from exposing the austere and fragile beauty of the pristine nature of the Polar Regions, Sebastian Copeland’s photographs also have a pragmatic aim– to use the art of photography to raise awareness of climate change on the planet and to campaign for a sustainable future: “Helping people fall in love with their world is a catalyst to wanting to save it”. The melting of glaciers and thinning of the ice sheet in the Arctic and the Antarctic is happening faster than anywhere else on the Earth, and this is a clear sign of the changing climate. “What happens in the Arctic, doesn’t stay in the Arctic!” Copeland points out. Being an environmental activist since 1999, he has spoken at the UN and at international conferences around the world; he is on the Board of Directors of Global Green (the US arm of NGO environmental organization Green Cross International, founded by Mikhail Gorbachev). In the foreword to Copeland’s book on Antarctica, Mikhail Gorbachev writes: “It is in this essence of hopefulness that Antarctica: The Global Warningcame to life. It depicts the ephemeral and austere beauty of Antarctica through stunning photographs of the largest remaining wilderness on Earth”.

Copeland has travelled a total of almost 8000 kilometers on his journeys to the coldest regions of the world. He took part in several Arctic expeditions in 2005, 2008 and 2010 and led a team of nine young people to the northern most Canadian Arctic as “Young Ambassadors of the Arctic”. In 2009, he repeated Robert Edwin Peary’s 700-kilometer journey (1909) on foot to the geographical North Pole, which is considered one of the most difficult routes in the world. In 2010, he spent 43 days crossing the Greenland ice sheet using skis and kites, travelling a distance of 2300 kilometers. He spent the seasons of 2006 and 2007 aboard a scientific research icebreaker in the Antarctic Peninsula, and during the winter of 2011-2012 he led the East/West transcontinental crossing of Antarctica on skies and kites, setting three world records over 4100 kilometers.

In addition to the photographs, unique video footage from the expeditions will also be shownat the exhibition,as well as Copeland’s feature-length documentaries: Into the Cold: The Journey of the Soul (2010) (selected by the Tribeca Film Festival, winner of the Indie Spirit Film Festival and theLos Angeles Reel Film festival) and Across the Ice (2015), which was afinalist at many international festivals.