Laurent Chéhère. The Sky Over Paris 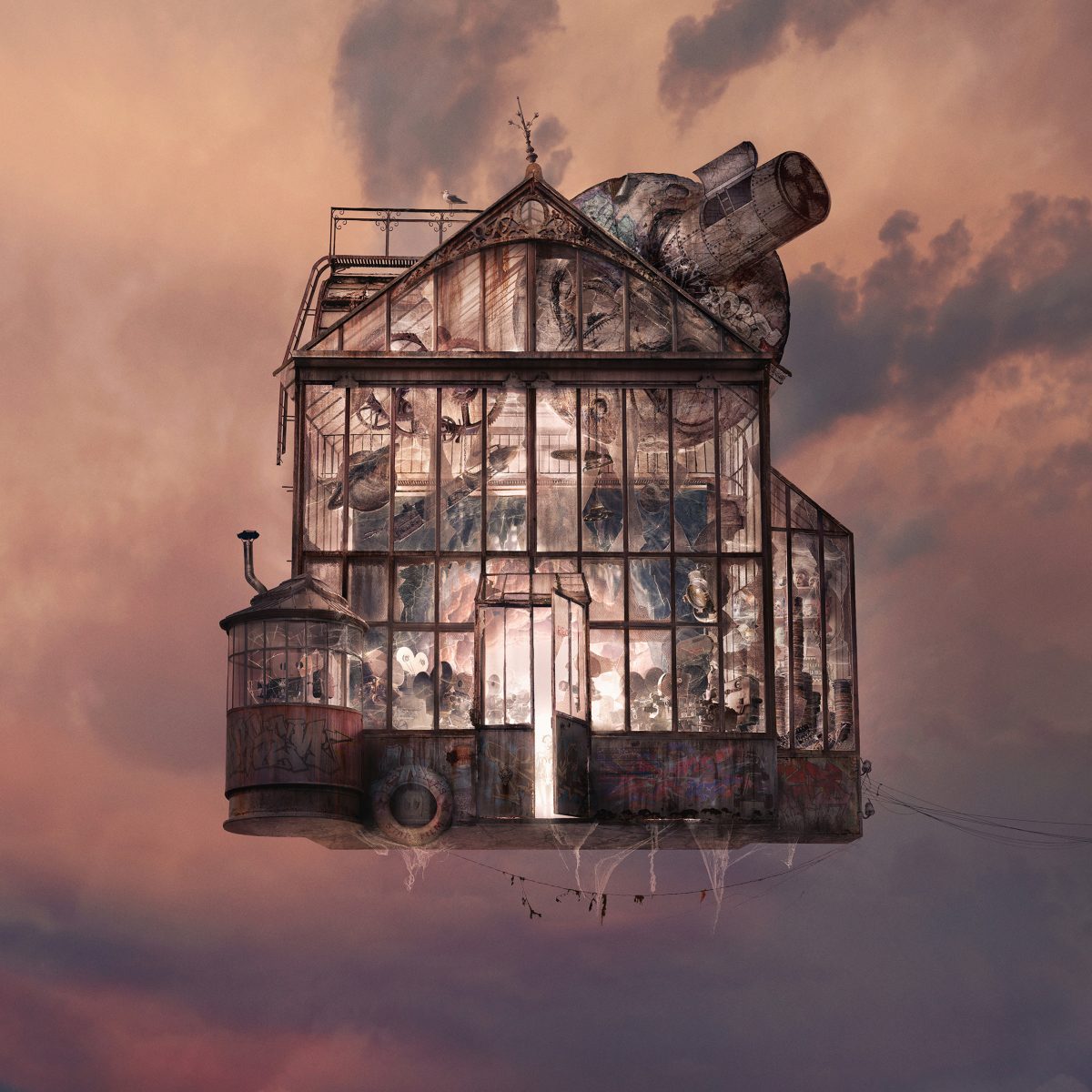 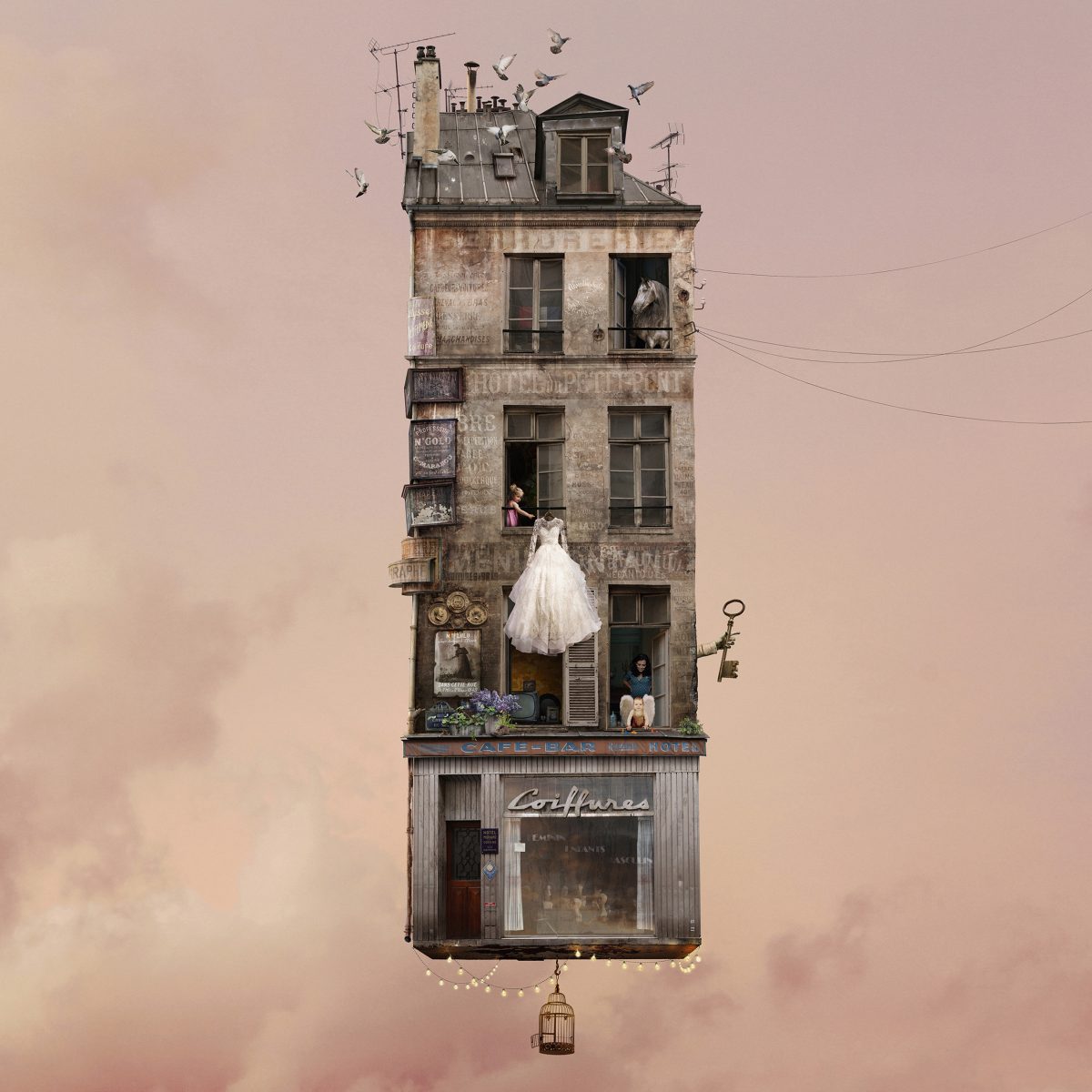 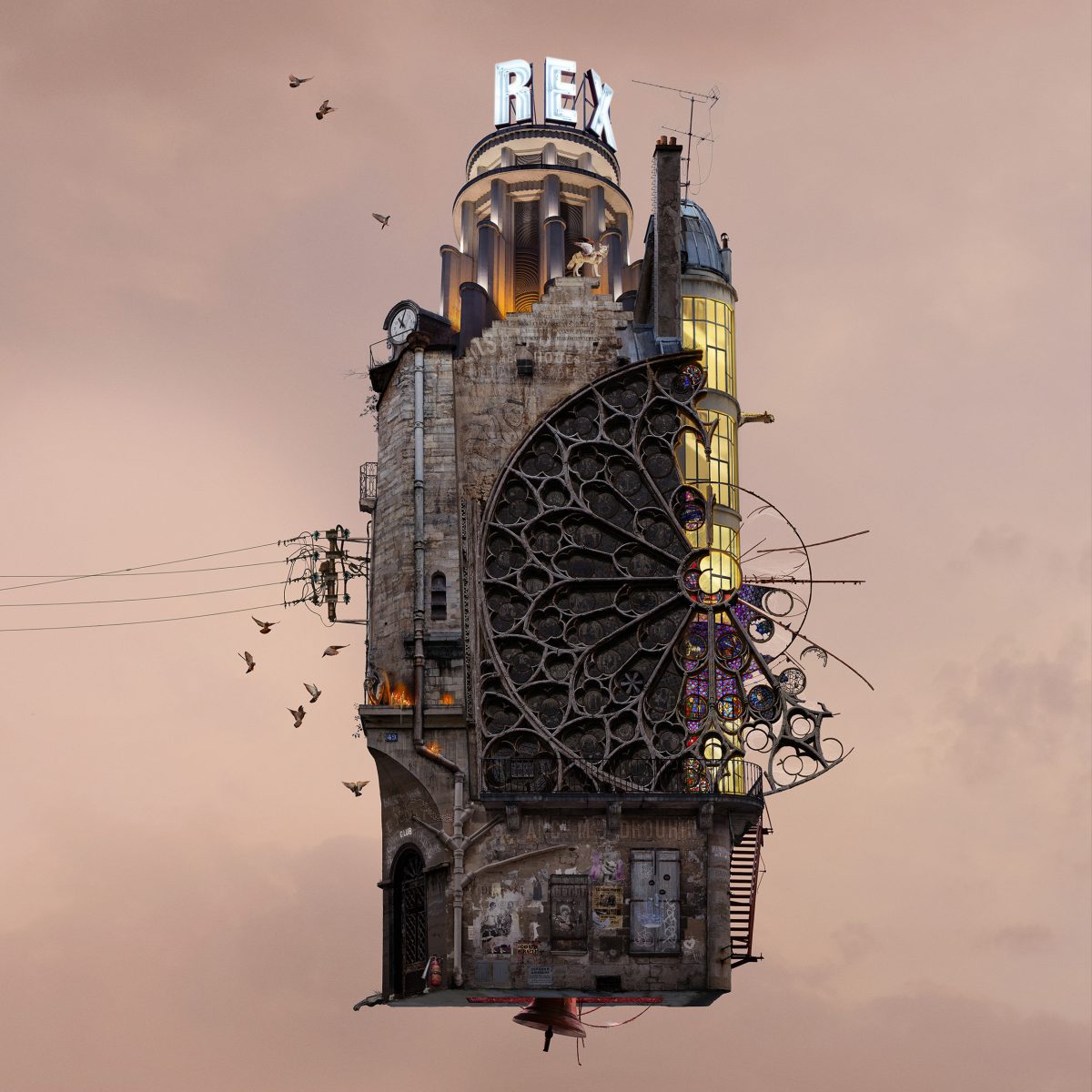 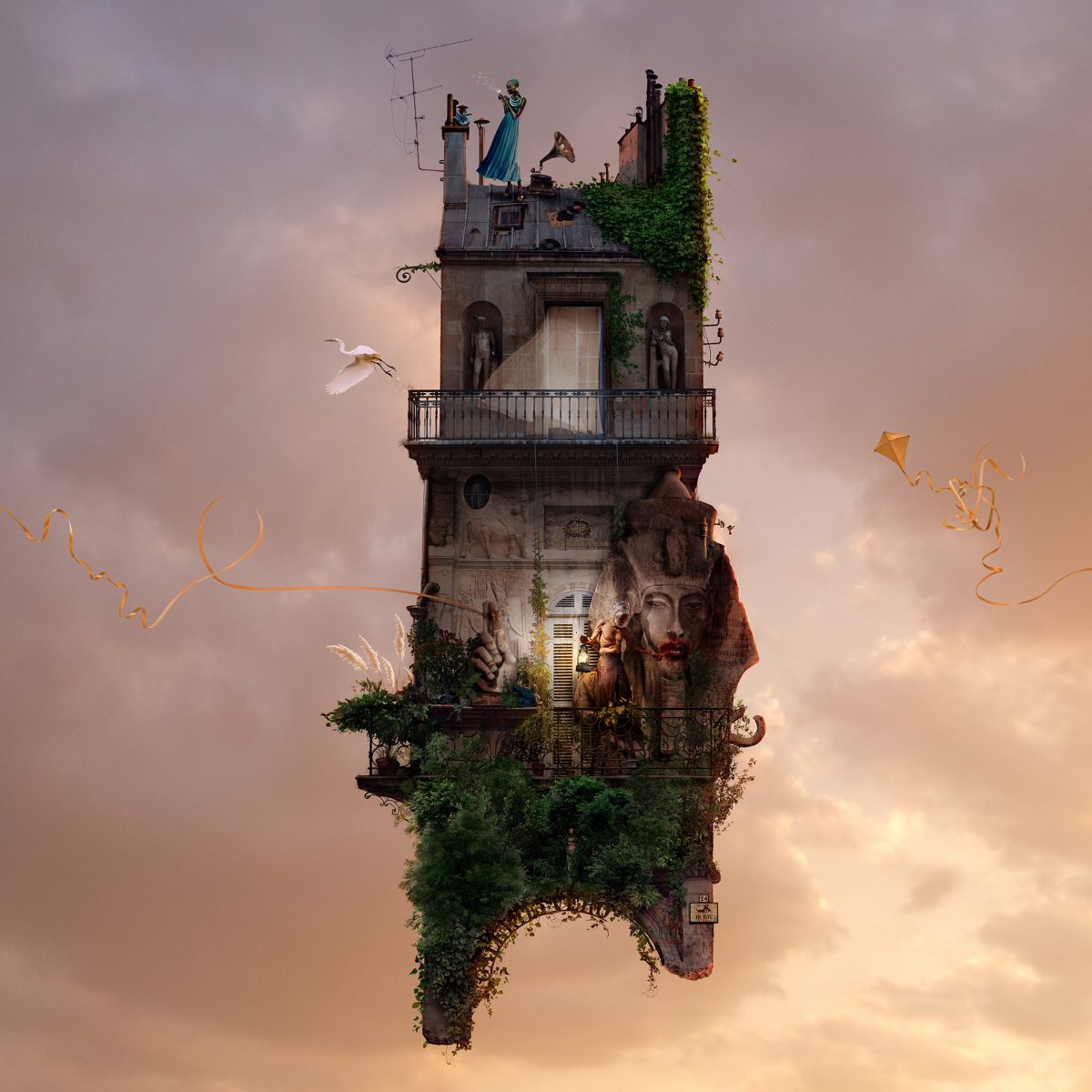 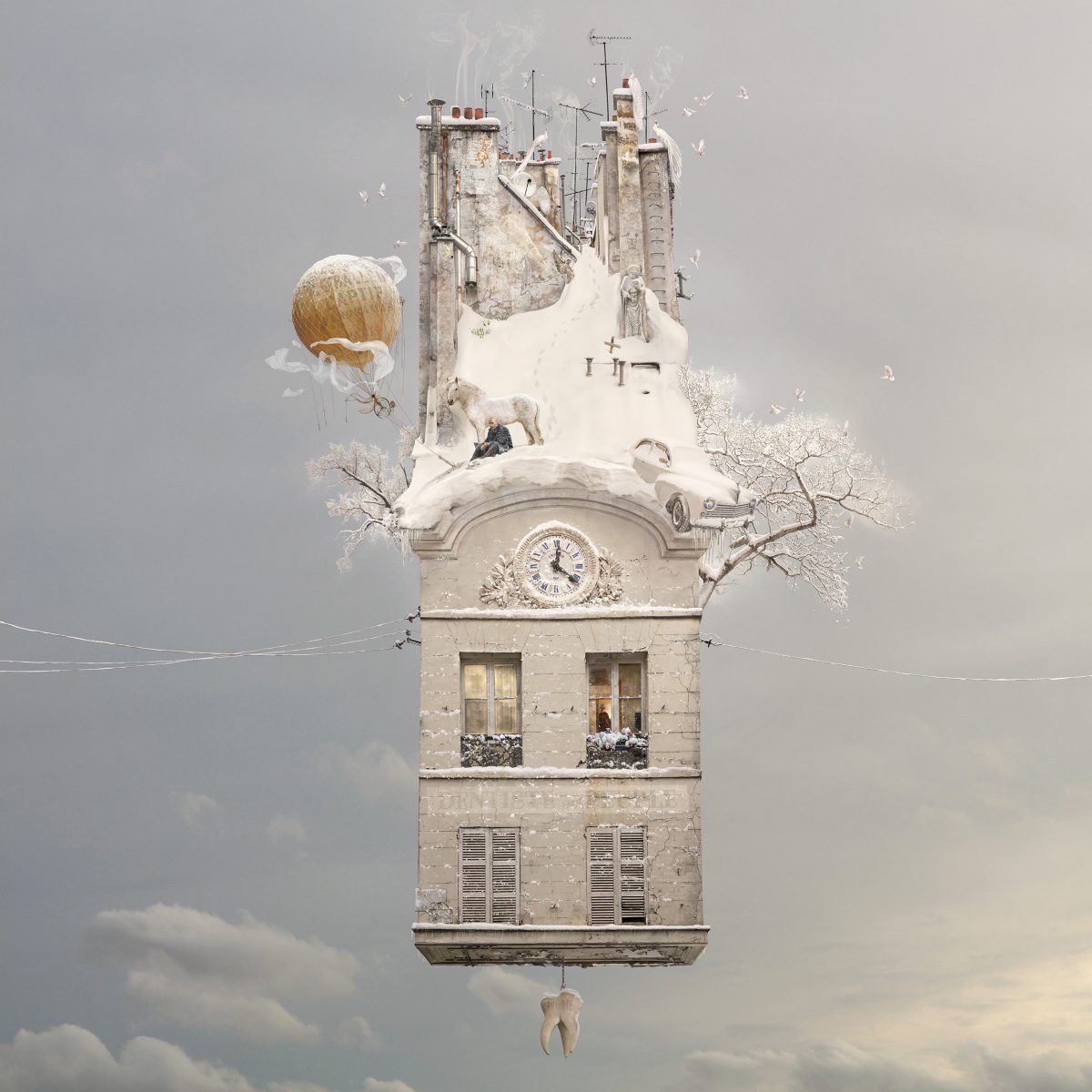 The Lumiere Gallery opens an exhibition by the French photographer Laurent Chéhère. The exhibition features large format works from his famous series Flying Houses, including his first published work and a new photograph for 2021, which he created specifically for the opening of the exhibition in Moscow.

Laurent Chéhère first made a name for himself in the field of artistic photography in 2012 with his Flying Houses series, which was exhibited at the Biennale des Créateurs d’Images in Paris. This photographic series was inspired by the architecture of the ‘non-touristy’ parts of Paris and its suburbs and succeeded in reflecting a poetic vision of the city. Chéhère decides to depict houses floating in the sky, cut off from the ground, in order to demonstrate the uniqueness of each building outside the context of the urban environment. Each piece of work and each house has its own hidden cultural code, which the author invites the viewers to discover by themselves—references to films, real and fictional urban characters and residents of Paris, and many inscriptions and graffiti taken from contemporary city walls. The large format of Laurent Chéhère’s works displayed at the exhibition The Sky Over Paris emphasizes the realism of fantasy houses and allows viewers to see the hundreds of intricately put together minute details that shape the character of each ‘flying house’.

Laurent Chéhère’s The Sky Over Paris  is his second exhibition in Russia which is curated by the Lumiere Gallery. The Gallery became acquainted with Chéhère in 2013 at one of the main photography fairs ParisPhoto, and this was when the Gallery presented his works for the first time on the Russian art market. According to the founder of the Lumiere Gallery, Natalia Grigorieva-Litvinskaya, Laurent Chéhère’s works were well received by Russian collectors: “He became one of the artists of the Gallery whom collectors return to see, photography lovers eagerly await the continuation of his series”.

Since the last exhibition at the Lumiere Brothers Center for Photography in 2015, Laurent Chéhère’s works have been featured at the following international photography fairs: Photo Basel 2020, ParisPhoto 2019, Les Rencontres d’Arles 2019, Photo London 2019, ParisPhoto 2018, Fotofever Carrousel du Louvre 2018 and AIPAD Photography Show 2017. In 2016, at the charity auction of Natalia Vodianova’s Naked Heart Foundation, one of Chéhère’s works from the Flying Houses series supplied by the Lumiere Gallery was sold for 10,000 Euros with an estimate of 7200 Euros. In 2018, Kehrer Editions published a book with Chéhère’s works from the Flying Houses series for the ParisPhoto fair.

Laurent Chéhère (born 1972) is a French photographer living and working in Paris. He grew up in one of the more affluent areas of the city in a bohemian family: his father was passionate about video and his mother loved to draw. The creative lives that his parents led meant that Chéhère was immersed in a cultural environment from an early age. While still being very young, he became a renowned advertising photographer, often using the city as the main topic. As a commercial photographer he worked with brands such as Audi and Nike. Having worked in advertising and magazine photography, Chehere decided to devote himself to art and art photography.

Chéhère now lives in Ménilmontant, a popular international neighbourhood of the French capital. Working class neighbourhoods are his source of inspiration. It was here that he discovered his passion for travel, people and stories from all over the world. He loves exploring cities, suburbs and countries, and also different genres of photography: from reporting to conceptual images.