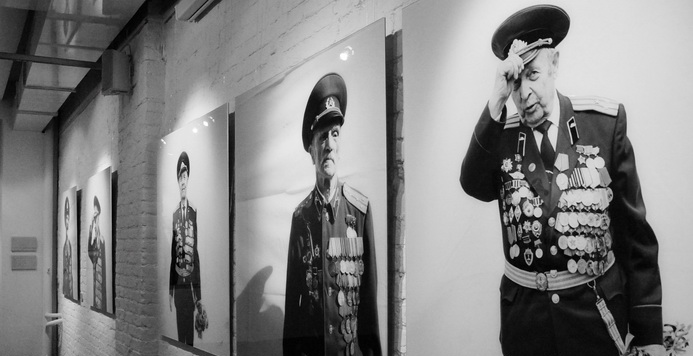 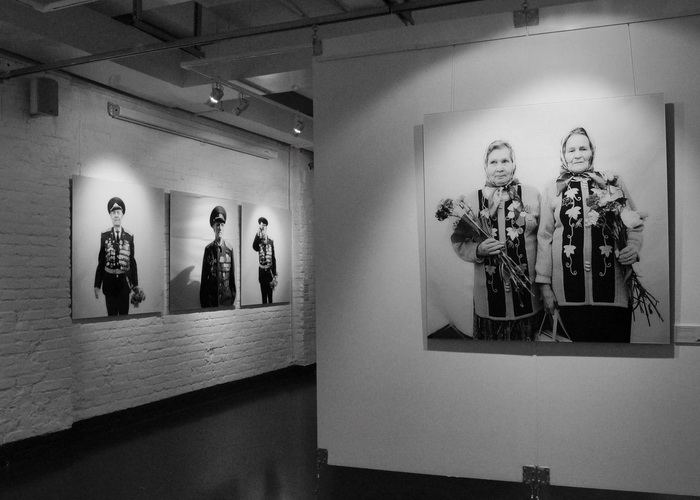 The Lumiere presents Victory Day – an exhibition by British photographer James Hill, one of the world’s leading photojournalists and a Pulitzer Prize winner. The exposition, timed to celebrate the 68th anniversary of victory in the Great Patriotic War, brings together black and white portraits of Russian veterans. Victory Day is a special day for every Russian person. The exhibition of James Hill gives the viewer an opportunity to perceive this day through the lense of a foreigner.

“In Europe, Victory Day is not the same as in Russia. And the difference is not only that we celebrate it on May 8, and you on May 9. All over the world it is a Victory Day. And in Russia it is also the day of veterans.” says James Hill.

In 2006, on May 9, when the veterans gathered to celebrate Victory Day in Gorky Park in Moscow, James Hill decided to make an impromptu open-air photo studio there and shoot several portraits of female veterans as in the Second World War  more than a million of them fought at the front. Despite the initial desire to complete the project in the same year and confine himself to only female portraits, James returned to Gorky Park in 2007, then in 2008 and 2009 and continued his series of photographs. However his focus was now not only female veterans but also male one. The photographer gave each of them a snapshot in gratitude for agreeing to pose in front of his camera.

“They are rightly considered heroes in Russian society,” says James Hill. “But I didn’t try to shoot them in heroic poses. I just wanted to show them by themselves, as ordinary people who happened to live in extraordinary times: men and women who lived and fought during the most turbulent years of the last century, who still live in these memories. I was aware that time is running out and every year there will be fewer and fewer of them. It seemed that I had the last opportunity to capture the faces of the veterans, until they left us, depriving Russia of its most obvious link with the Second World War …”.