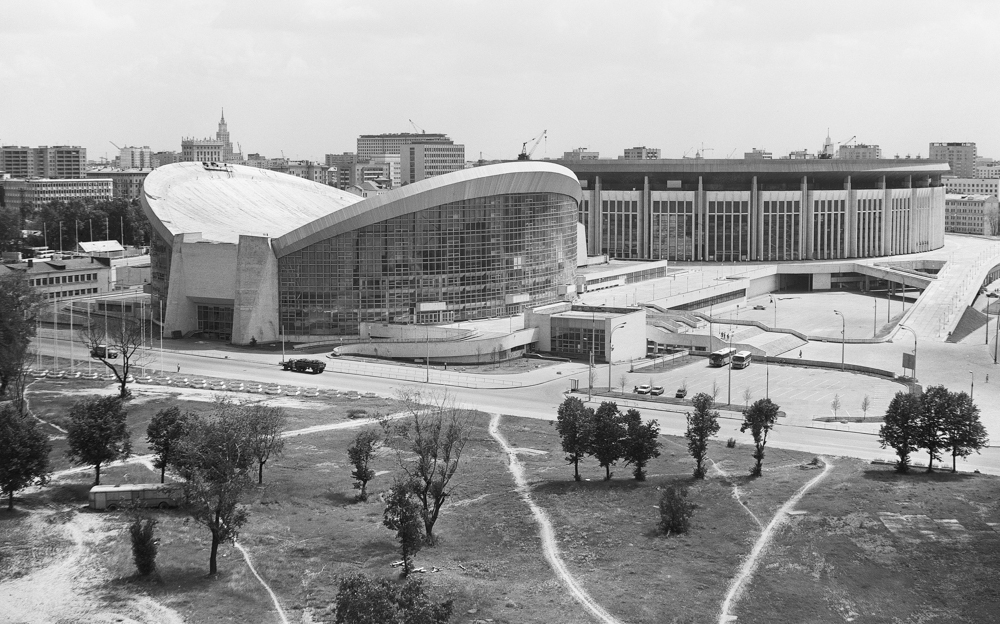 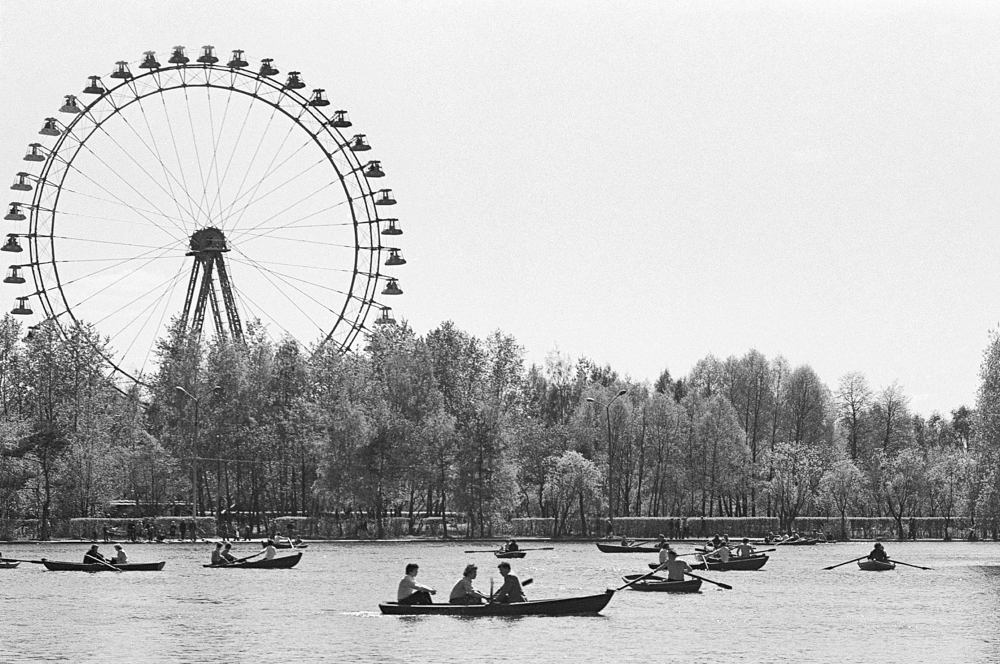 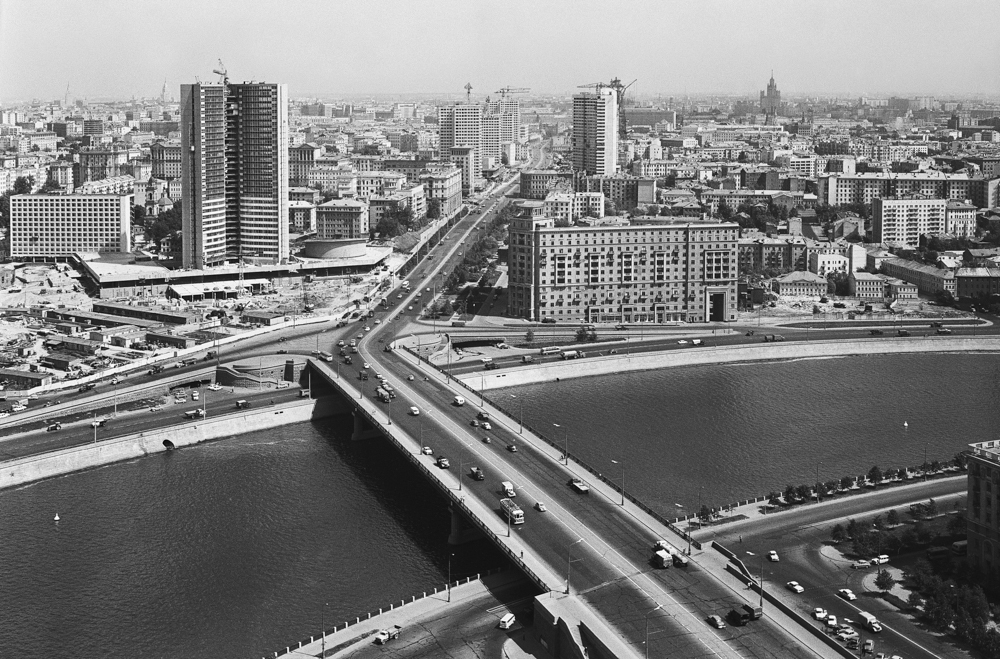 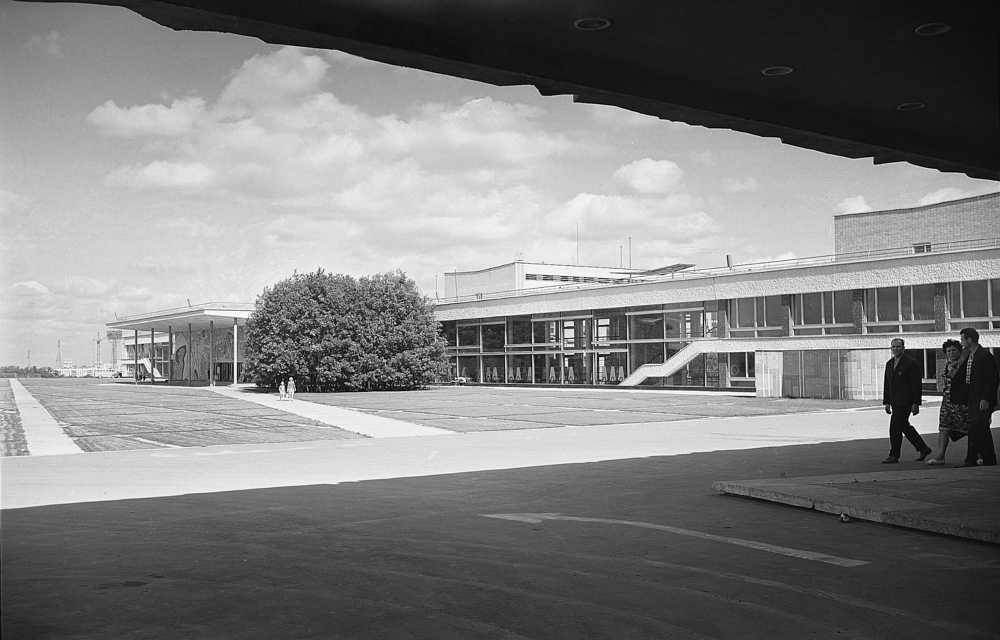 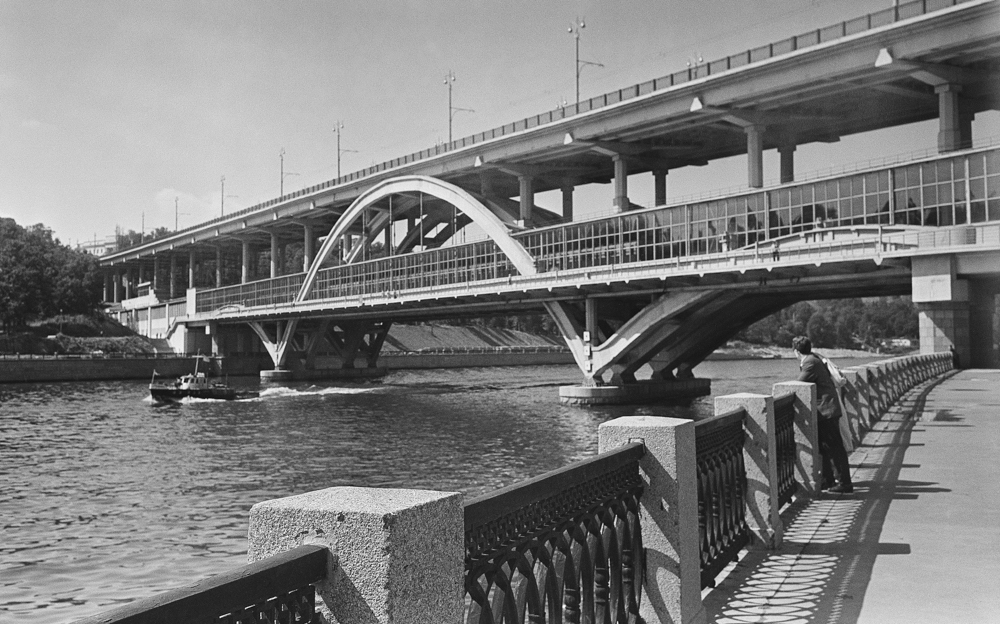 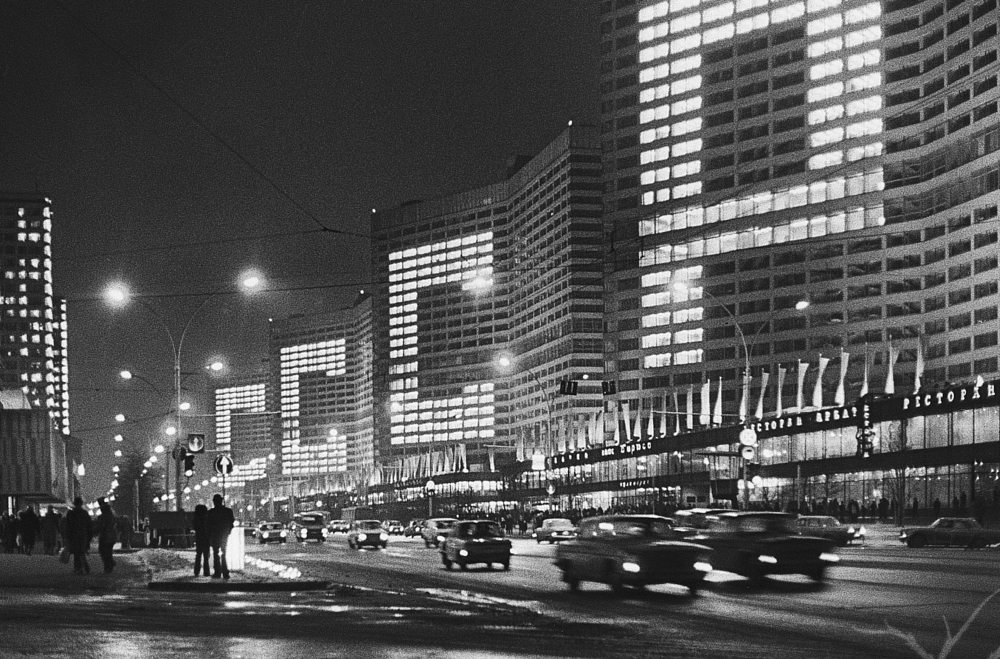 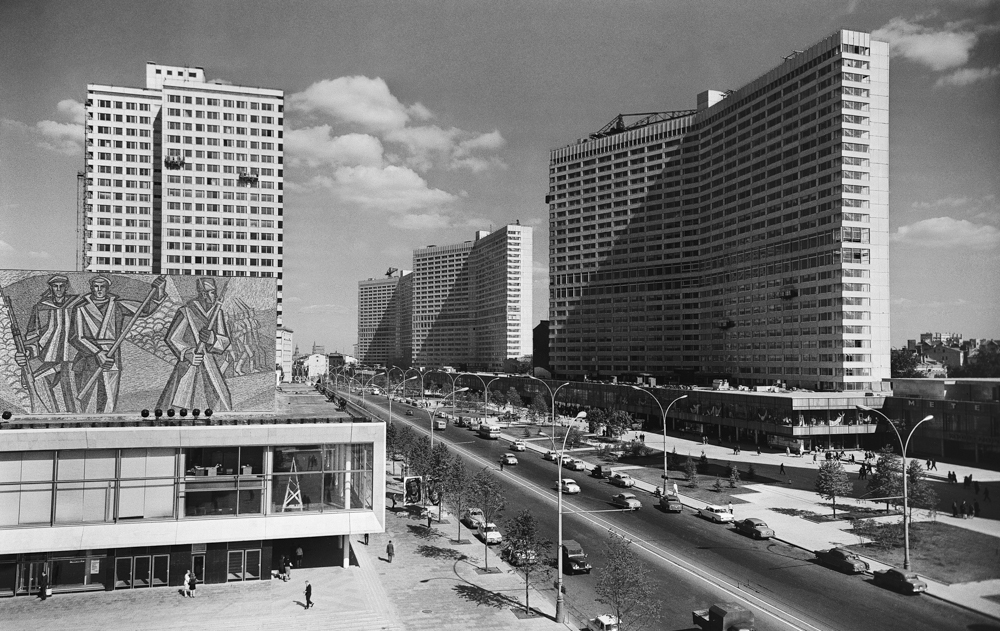 The exhibition encompasses acknowledged works of the famous Soviet photographer Naum Granovsky and pictures from his numerous trips across the country, mostly unseen by the public. Exploring the legacy of one of the leading architectural photographers of Stalin era, the exhibition traces the development of representation of Soviet cities in photography and revisits Granovsky’s Grand Style from the perspective of modern architecture and photography.

Architectural avant-garde, which spanned from 1918 to 1932 was followed by era of Stalin’s neoclassicism – the so-called Grand style. 1955 marked the beginning of a period of contemporary architecture in its Soviet version. In 1931 Moscow’s reconstruction project was approved, and then ambitious construction program spanning the whole USSR was launched. New projects constituted a definitive break with constructivism and introduced a new ideal, which invoked not principles of rationalism and functionalism but the state power.

Post-constructivism and Art Deco
By the 1930s time Naum Granovsky has already been working as the chief photographer at famous publishing house Izogiz, which had photography of architecture and construction, aimed to present a growing and flourishing country, among its priorities. Until the war came Granovsky photographed Moscow a lot. It’s worth noting that Granovsky’s interest in architectural photography was nurtured by his connection with daughter of the famous Russian writer Vladimir Gilyarovsky, who wrote a lot about Moscow and was working as an editor in Izogiz, and her husband art historian Victor Lobanov, associate fellow of the Art Academy of the USSR. At this time Granovsky formed his academic, delineated style, which was in tune with country’s cultural policy. The 1930s-1940s in architecture are characterized by the heritage of post-constructivism and influence of art deco with its fluid lines and decorative compositions based on geometric shapes alongside abundance of ornaments, or stylized motives based on past designs or exotic cultures, or abstract shapes influenced by nature.

Stalin’s skyscrapers/ Seven Sisters
Famous Stalin’s high-rise buildings or Seven Sisters in Moscow, designed after the war, present a special notion. They provide an example of the Americanization of Soviet architecture, albeit of a rather old-fashioned version. The USSR, which had viewed modernism as a sign of the degradation of the West, had upheld the belief that “artistic” architecture should follow the classical styles that had come before it, and this was the dominating idea in the decade after the war.

Soviet high-rises differ from their American counterparts in that they have a wide foundation, a forced measure due to Moscow’s unstable soil conditions. Stalin insisted that all of the projects have a deck. The engineering choices and historical ornaments, based on a rather loose interpretation of past styles, convey a sense of their American prototypes. Art Deco is also referenced in the façade materials and techniques used: a natural stone finish is combined with metal and ceramics, reliefs and paintings with mosaics and stained glass.

Adaptation of Heritage
The concept of socialist realism left many opportunities for interpretation, especially in regards to architecture. The resolution of the 1st Congress of the Union of Architects stated that: “Socialist realism must lead to the creation of buildings that combine excellent technical qualities with economical value and artistic simplicity and expressiveness.” Variations on the Italian Renaissance were generally looked favorably upon, but had to be adapted to the socialist context in order to avoid charges of being “stylized”. The official theory stated that what was essentially “socialist in nature” had to be “nationalist in form”. Local architectural characters were created using not only decorative elements, but by utilizing certain rules of proportion in the buildings, as well as incorporating local materials. In Georgian or Armenian architecture, for example, the façade would frequently be made from natural stone. National heritage was an important issue in the republics before and after the war, but in the beginning of the 1940s and 1950s the composition of the buildings began to quote classical themes.

One of the most important signs of socialist cities became the transformation of river embankments into important highways. The authors of the 1935 General Plan for the reconstruction of Moscow followed the example of Saint – Petersburg (then – Leningrad), which had transformed its embankments into monumental ensembles during the 18th and 19th centuries.

Neo classicism
The victory in the Second World War prompted the country to start searching for a new identity. Many monuments had been destroyed during the clashes, which meant that the national heritage, including architecture built between the end of the 18th century and the start of the 19th century, could now be re-evaluated. The language of Neoclassicism excelled at creating an image of the victorious Motherland. Houses of culture, educational facilities and resorts began resembling palaces built during Ekaterina the Great’s and Alexander the Second’s rule. Neoclassicism incorporated triangular gables, lavish capitals, and a general adherence to the Classical Orders, as well as an increase in scale. This made Soviet architecture a direct rival of imperial Rome.

Granovsky’s cityscapes seem to be in accordance with an architect’s plan. It is an ideal city, in which accidentalities are eliminated, only the imperial monumentality remains. Granovsky reveals the structure, emphasizing the perfection of the architectural ensemble. His laconic delineated photographs, taken in numerous cities of the USSR, became evidence that plans of the Soviet life reorganization came true. High horizon line and viewpoint that enable to show panorama of the city, road receding into the distance, finely calibrated composition are characteristic of Granovsky’s style. As a reporter of the foremost state-owned agency he had permission to photograph from Moscow’s highest points, inaccessible to ordinary citizens. But the point was not only in high viewpoints. Granovsky could teeter on the thin edge, where a cityscape remains authentic and at the same time embodies the symbol of the city.